The pandemic, by depriving people of personal contact for a long time, has significantly accelerated the technologization of media. No more off-the-record and personal conversations with sources - the information is received in front of the computer. Dozens of phone applications are involved in every step of creating an investigation, which used to be kept secret even from colleagues.
In a short period of time, the COVID pandemic proved that it is impossible to hide away from technology. Technology now controls the professional life of journalists. The only possible response is to master technologies: learn to code, learn how to manage YouTube and social media algorithms. But could technology eliminate investigative journalism as we know it?

At this year's Mezhyhirya Fest: Dictatorship of Tech we will talk about how we can use technology to make investigative work better, how AI has become part of our work, what technologies are already being used by the leading media, and what is coming. And of course, how this all transforms investigative journalism and its impact.

Days
Hours
Minutes
Seconds
Management Garden
where we talk about the best management practices in media companies, main trends and technologies. We start with personal speeches from media managers, then we have two panel discussions about new monetization models and a panel about investments in media.
where we talk about leading journalistic investigations from all over the world. We start with personal speeches from media managers, then continue with two panel discussions on the main topic of the festival and a panel about the current state of journalism in Belarus. The final activity for the evening is the Investigation of the Year Award Ceremony and a concert.
Investigations Hall
Traditionally the festival is split into 2 parts:
1
2

Tetyana covers top corruption and money laundering among the business elites of America, Russia and Ukraine. She is a finalist for the Pulitzer Prize for the FinCEN Files series of investigations, writes articles for BuzzFeed News, the International Center for Investigative Journalism ICIJ, OCCRP, the Süddeutsche Zeitung, and Ukrainska Pravda.
Vladimir specializes in cross-border investigation of economic and political crimes in Eastern Europe and Central Asia. Topics under investigation include international organized crime, political-criminal ties, corruption and money laundering, smuggling and aspects of international trade fraud.
Нe began working as a journalist in 2008. After 6 years in written reporting switched to TV journalism. In 2015-2017 worked as a chief editor in several TV programs on ZIK TV Channel.
Currently working as an investigative reporter in Bihus.Info, which produces a TV program "Our Money with Denys Bihus" ("Наші Гроші з Денисом Бігусом") and several other investigative media products.
Simultaneously working hard-talk interview program "Mokryk On Live" ("Мокрик По Живому") as a presenter-interviewer at hromadske.ua.
Since February 2020 producing his own YouTube blog "MokRec".
Ilya Lozovsky is a staff writer and senior editor at OCCRP, based in Sarajevo. He writes about corruption and democracy; edits investigations, especially in the organization's growing Central Asia program; and trains up-and-coming reporters and editors on investigative editing and storytelling.
Previously, he was OCCRP's managing editor. Prior to joining, Ilya edited and wrote for Foreign Policy magazine's "Democracy Lab" channel in Washington. Ilya's work has appeared in Foreign Policy, the Washington Post, The Atlantic, Haaretz, and other outlets. 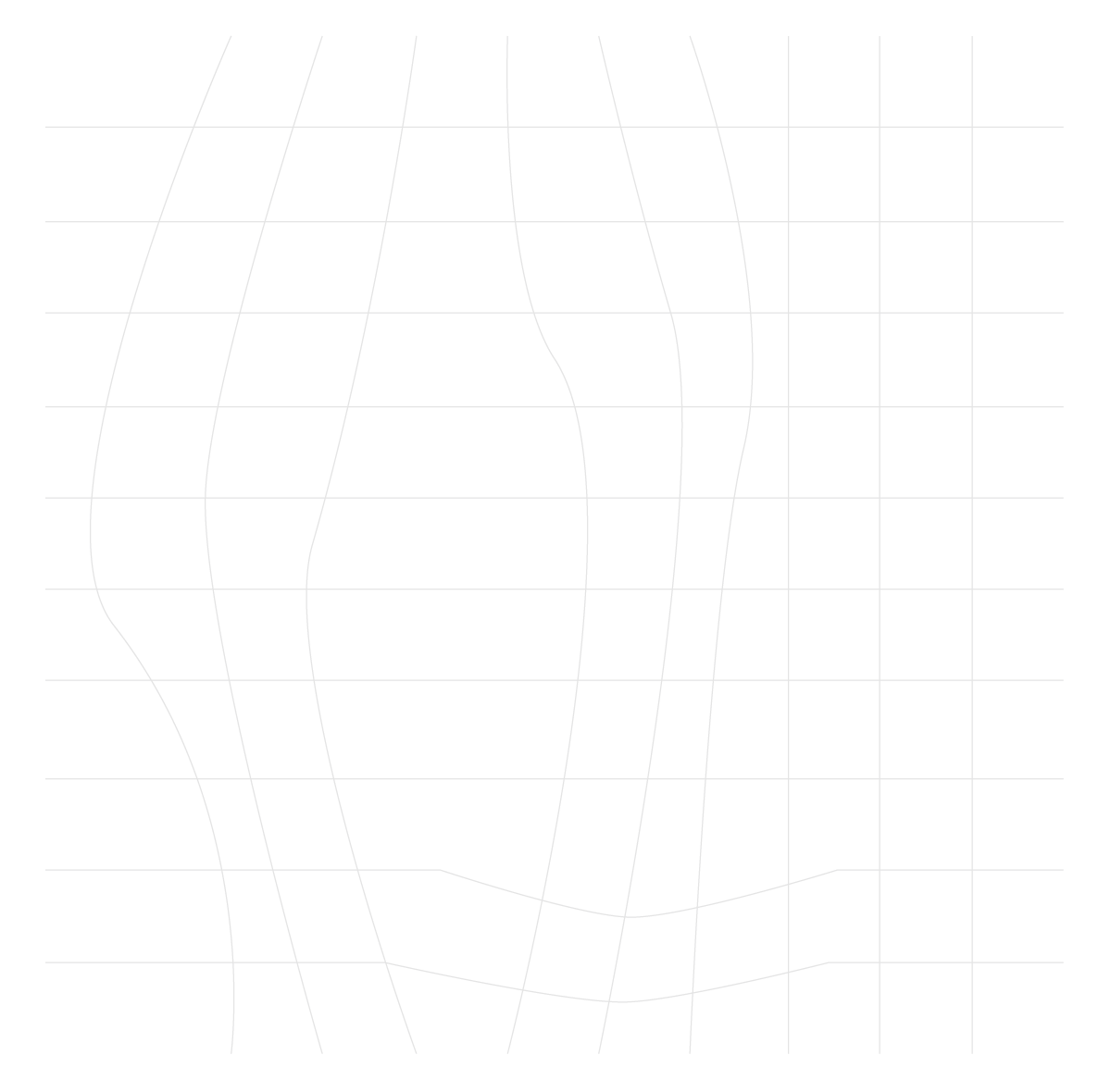 Based in Germany, Jan Strozyk joined OCCRP in 2021 as data editor. He works with the editorial and the data team, coordinating data analysis and working on data-driven investigations. Prior to joining OCCRP, Jan was a reporter with the German public news broadcaster NDR, where he worked on the Luxembourg Leaks, the Panama Papers, the Paradise Papers, FinCen Files and other cross-border investigations.
Having spent 15 years in the digital environment, Matej believes that in order to come up with the best solutions, content and products, one needs to know as much as possible about who their users are, what issues they face and what's important to them. Matej is into web design, performance marketing, data & reporting and continuous optimization. And even more into digital solutions. He worked on tens of digital projects and helped to build global startups. Now he brings the e-commerce mindset into digital publishing.
Gabor bootstrapped his highschool project to one of the biggest media outlets in Slovakia and the Czech Republic for the young and modern generation. Refresher media now reaches 1m yearly revenue and more than 2 million unique visitors monthly across Slovak and Czech markets, aiming to reach global market in the near future.

He leads the Refresher team in designing and developing the product, their own internal content management system, paywall, marketplace, marketing and tracking tools & more.
Brian Morrissey writes The Rebooting, a weekly newsletter focused on building sustainable media businesses. Until last October, he was the president and editor-in-chief of Digiday Media, a vertical media company that has titles covering media and marketing (Digiday), fashion and beauty (Glossy) and retail (Modern Retail). At Digiday, he was responsible for all editorial across the brands, memberships, product, events programming and design. Prior to joining Digiday in 2011, he was digital editor at Adweek for six years.

Born 1983 in Moscow, graduated from Moscow State Institute of International Relations, has a PhD in political science. Started to work as a journalist in 2005. In 2013 founded an online internet magazine The Insider, focused on investigations and debunking of fake news. The Insider took a number of international awards for its investigations.
Alex Chapko is a General Manager at Piano Software, overseeing company growth, partnerships, and client relationships across Eastern Europe, Central Asia, Middle East, and the Indian subcontinent. Alex has been working with the news media market for over 8 years, starting as a CEO & Co-Founder of Newzmate - a content marketing cloud acquired by Piano in 2018. He is today working alongside hundreds of brands and content publishers across 50 countries, helping them identify and implement the necessary strategies and technology stack to improve audience understanding, engagement, and monetization.
Atanas Tchobanov, Bulgaria, is the Editor-in-chief of Bulgarian investigative website Bird.bg, and founder of Bivol.bg.
A former member of the board of OCCRP from 2016-2018, Tchobanov holds a PhD in computational linguistics from Paris Ouest University. Tchobanov is also interested in big data harvesting and exploring, forensic methods, and encryption techniques for protecting communications and journalistic sources.
He is a co-recipient of the Serbian National Award for Investigative
Reporting 2015 and 2016, Global Shining Light Award Certificate of
Excellence 2017 and 2018 and Sigma Award for data-driven reporting 2020.
Chairman of the Board of the Public Broadcaster, media manager and media expert. From 2008 to 2010 he held the position of Commercial Director of Sumy Media Service LLC.
From 2010 to 2013 he was the editor-in-chief of the newspaper "Sumy and Sumchany". In 2014–2016, he held the position of General Director of Sumy ODTRK, which after the transformation became a branch of the Public Broadcaster - UA: SUMY. Since 2017 he has been a member of the board of the Public Broadcaster.
From 2017 to 2019 - responsible for optimizing the central and regional structures of NSTU. From 2019 to 2021 - responsible for the administrative and economic direction and regional development of the company. From May to June 2019, Mykola Chernotytskyi served as Chairman of the Board of Public Broadcasting. On April 27, 2021, Mykola Chernotytsky was elected Chairman of the Board of Public Broadcasting.

Journalist, media manager and media trainer. Until 2020, he was the head of Belsat TV News. He has more than twenty years of experience in print, digital and television.
Media expert and political commentator IQ. Until October 2020, Pavlyuk was a correspondent for Deutsche Welle. Until 2015, he headed the policy department of the weekly "Belarusians and the Market".
Managing editor and editor-in-chief of special projects TUT.BY. He was also responsible for technology, sports and entertainment. Has been working in journalism for over ten years, seven of which at TUT.BY.
Founder of the Voices from Belarus project. From 2015 to 2020 she worked as a project manager on the crowdfunding platform Ulej.by. In 2020, she launched Voices from Belarus, an independent non-profit media outlet run only with the help of volunteers.

Deputy Director of the Belarusian Association of Journalists. Has more than 15 years of experience in the media. Until 2018, he was the author and host of the weekly analytical program "Politics de facto" on "Belarusian Radio Racyja".
Which is one of the TOP-3 holdings in Ukraine according to the Gemius rating.
Denis has been successfully managing for the development, distribution and monetization of digital media for more than 10 years.
Public activist, entrepreneur with economic background. Sergi has more than 15 years of experience in logistics. Last 7 years he's been working with open data, creating solutions for due diligence and AML.
Got People of the New Time 2018 award, the ranking for Ukrainians who moved the country forward in the most effective and bright way.
Constantly conducts trainings and workshops about the usage of open data for anti-corruption investigations.
In 2014, together with a team of like-minded people, he started YouControl, an analytical platform that generates dossiers for each company, sole proprietors or individual based on open data. Since 2016, journalists and activists have been using YouControl for free.

LOCATION
MezhyhiryaFest was born out of an annual tradition of Kyiv investigative journalists to come to the residence of former authoritarian president Viktor Yanukovych on Journalism Day (June 6 in Ukraine) and try to meet with the secretive president. Yanukovych never met with them.

After the 2014 Revolution of Dignity, the residence, known as Mezhyhirya, was opened to the public. Journalists from across the CEE region again gathered each Journalism Day to celebrate the profession, discuss the challenges they faced and explore solutions.